For some reason, as of late, my love of books has skyrocketed. Right up there, into the cosmos, floating around and taunting me above my head (mainly singing “Ha ha, you love books but can’t afford them!” and things to that effect). Like it really has hit the roof. I’m eight away from reaching my reading goal for 2017, and it’s only August. If that doesn’t tell you how much I love it, I don’t know what will.

And because I spend 99% of my time scrolling through social media, watching YouTube and generally stalking the internet, a lot of the books I read are influenced by those I follow. I love using our culture of sharing and reviewing to expand my reading tastes, and I really think this has increased tenfold in the past year.

Which brings us to this post! If you’re a follower of this blog, you may have seen my other Bloggers Made Me Buy It post, all about the beauty products I’ve been pressured into buying, and this is just like that.

Without further ado, here are (just some of) the books that I’ve read, purely because I heard about them on the internet! 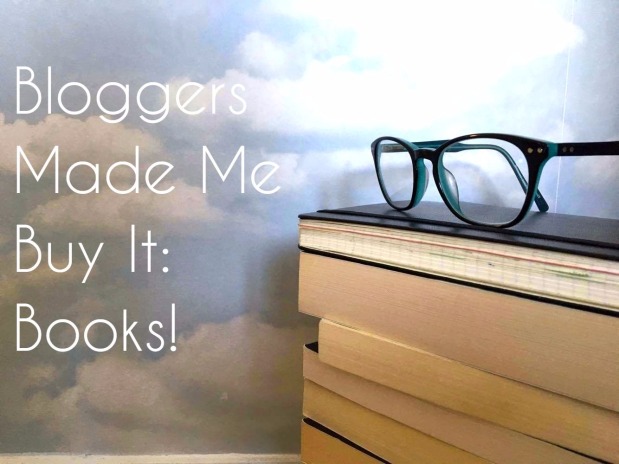 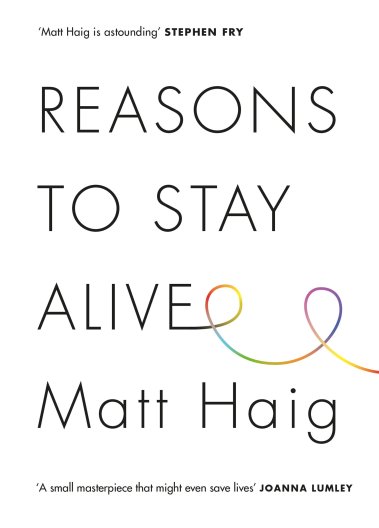 “Aged 24, Matt Haig’s world caved in. He could see no way to go on living. This is the true story of how he came through crisis, triumphed over an illness that almost destroyed him and learned to live again. A moving, funny and joyous exploration of how to live better, love better and feel more alive, Reasons to Stay Alive is more than a memoir. It is a book about making the most of your time on earth.”

I picked up this book after seeing it all over Tumblr and Twitter, as well as every single bookshop in town. Its simple but stylish cover caught my attention quickly, and it wasn’t long before I’d snatched it up. Haig’s memoir is short and easily consumed, lengths of descriptive prose interspersed with lists, lists and more lists, but for some reason, it just wasn’t enough for me.

Maybe it was the hype, in all fairness. Even on the book itself, reviewers and papers rave about how this book will change a generation, save people’s lives or whatever. But as someone who has suffered with depression as well, I must say this didn’t tell me anything I didn’t already know. All Reasons To Stay Alive did, for me, was describe the pain I was feeling back to me. Unfortunately, one of those books I could have lived without. 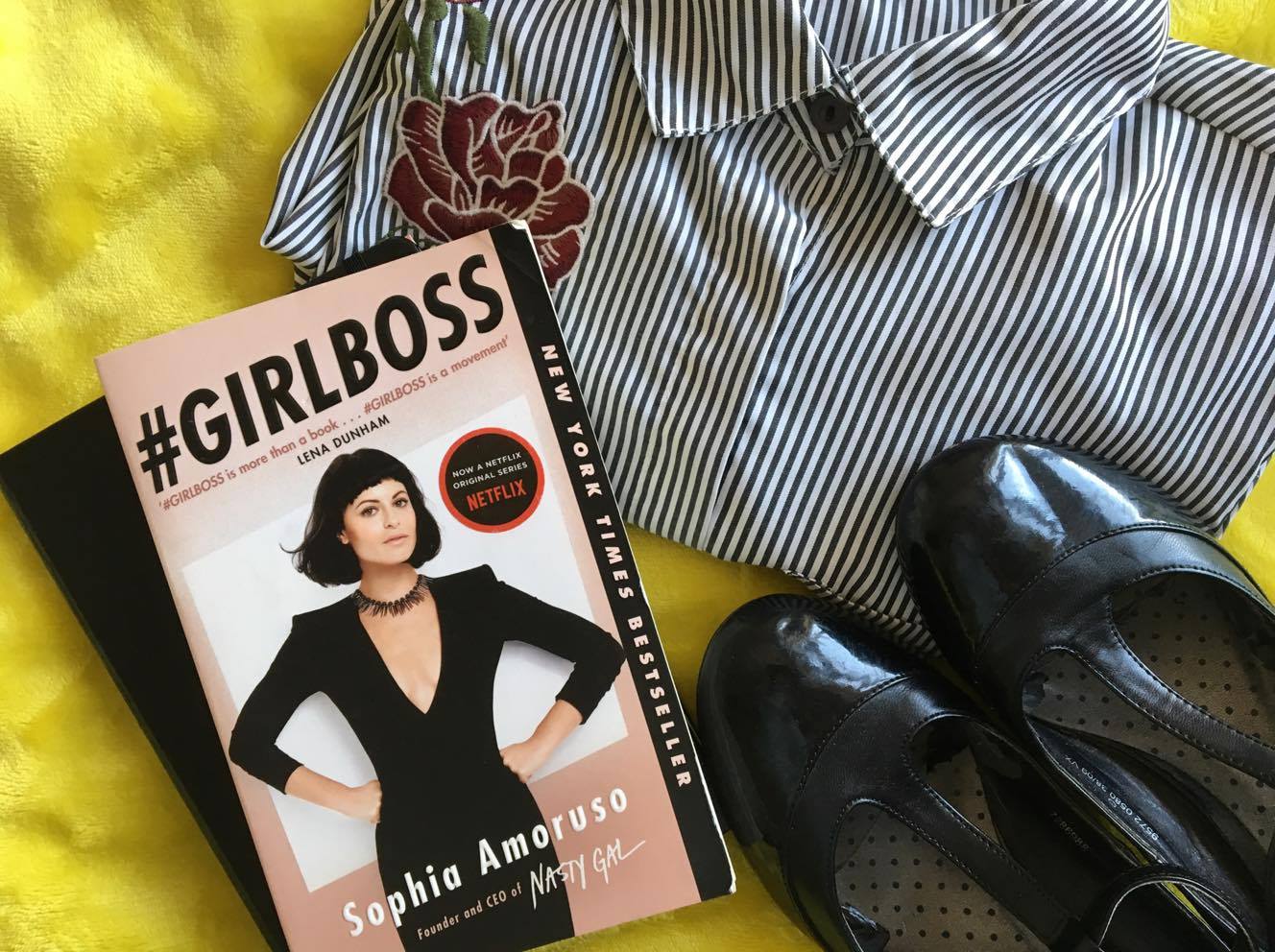 “Sophia’s never been a typical executive, or a typical anything, and she’s written #GIRLBOSS for other girls like her: outsiders (and insiders) seeking a unique path to success. Filled with brazen wake-up calls, cunning and frank observations, and behind-the-scenes stories from Nasty Gal’s meteoric rise, #GIRLBOSS covers a lot of ground. It proves that success doesn’t come from where you went to college or how popular you were in school. Success is about trusting your instincts and following your gut, knowing which rules to follow and which to break.”

With the Netflix Original series coming up quick, and every blogger on earth raving about #GIRLBOSS, how could I not? For a while it seemed that if you wanted to get into the self-made industry of badass-dom, this was the manual to get the cogs whirring.

Ignoring the fact that Amoruso’s rise to fame and fortune, Nasty Gal, has since filed for bankruptcy, or that #GIRLBOSS‘ namesake Netflix show was cancelled after just one season, I’m definitely glad #GIRLBOSS became so popular. It empowered so many wonderful women I know to start working harder at their dreams, and that’s great. But to me, it fell just slightly too short of expectations.

Much like Reasons, #GIRLBOSS was so highly rated that it simply could never have lived up to the hype in my mind and alas, it didn’t. The advice was warranted, if sometimes in bad taste, but the humour and the language just didn’t do it for me. 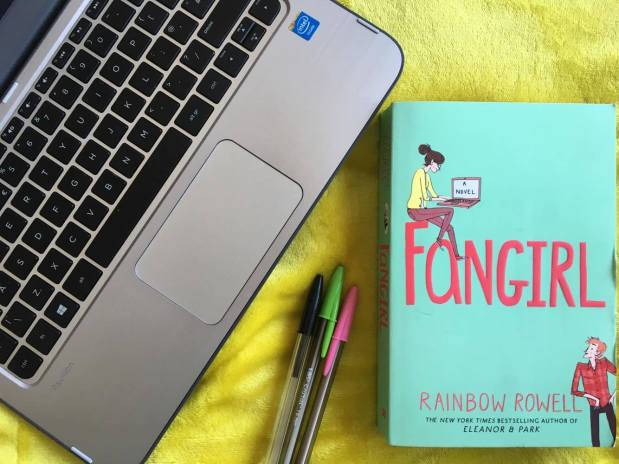 “Cath and Wren are identical twins, and until recently they did absolutely everything together. Now they’re off to university and Wren’s decided she doesn’t want to be one half of a pair any more – she wants to dance, meet boys, go to parties and let loose. It’s not so easy for Cath. She’s horribly shy and has always buried herself in the fan fiction she writes, where she always knows exactly what to say and can write a romance far more intense than anything she’s experienced in real life.”

I’m just going to start off this one by saying I adored Fangirl. I loved it. I was, however, late to the party, only picking it up after it being included in Zoella’s 2016 Book Club with W H Smith, as I’d previously caught snippets, and worried that it wasn’t for me.

Rainbow Rowell seems to be one of those authors that every so often just crop back up again, when everyone remembers just how warm and fuzzy her books are. Fangirl is no exception. I love the character of Cath, I love Wren and her craziness, and Levi and his wit. Rowell’s writing, while ever so slightly full to the brim of cliche, just makes your heart happy, doesn’t it?

And there you have it folks, just a couple of the books that I’ve been pressured into buying from bloggers, and what I thought of them!

What are some of the things that bloggers have made you buy? Feel free to link to your own posts below, and let me know what you think about mine in a comment. Also, let me know what type of Bloggers Made Me Buy It post you’d like to see next!